which of the country's last nine presidents had the lowest approval ratings after one year in office? 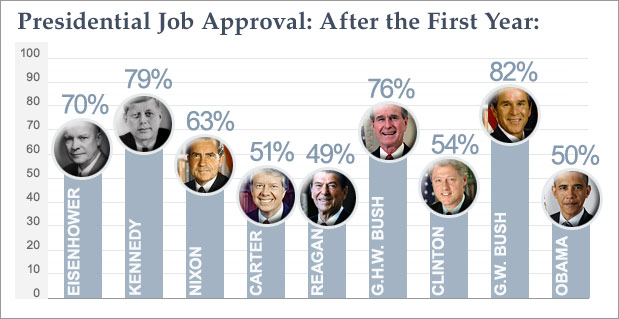 granted, this is not terrific news for obama. but like bob woodward's example, it helps keeps things in perspective.

but there's some not so good news too: obama's disapproval scores are up, and many of those polled feel the president is doing too much to help banks and auto makers and not enough to help them.