the secrets of tkts 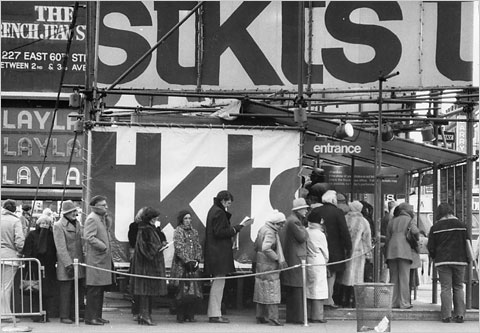 how do i get good, cheap, last-minute tickets to a broadway show? most folks already know the answer: the tkts booth. people have been standing in line outside a canvas covered trailer in new york's duffy square since 1973, squeezing wads of cash and hoping for half-pricers to "cats," "phantom" or "les miz." now that the booth has been stunningly redesigned (and takes credit cards) victoria bailey, executive director of the theater development fund, has given the new york times some tips about workin' the booth for those cheap seats.
posted at 10:12 AM