what we do in this country, part 2

"so then they put him in solitary confinement. for over two years. isolation. incredible heat. beating on a tin roof. a light bulb in his cell burning 24 hours a day. boarded up cell windows blocking any breath of fresh air. the oppressive heat causing boils the size of baseballs under his arms. the outside world limited to what he could see through a crack in the door... 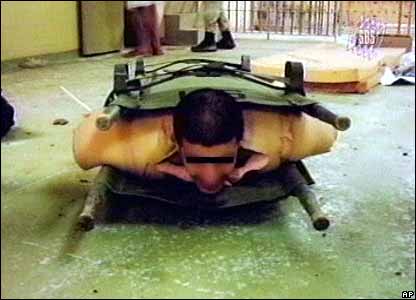 but he could have been.