(this obviously phony news story got my attention, and it reminded me of a story from my own childhood.)

When i was a kid, eight or nine or so, growing up in rural wisconsin, our family pet was a sweet old german shepherd named "chase". this dog was truly man's best friend. certainly mine. i have distinct memories of running like a crazy person through our backyard, with chase running alongside of me practically smiling because he was having so much fun.

in our ranch style house, the window just over the kitchen sink looked out onto ginny and fred kranz's driveway. there, next to the garage, they had a small wire cage where they kept their family's pet, a rabbit they'd ingeniously named "bunny". bunny didn't do much, as far as i could tell. except sit in it's cage and occasionally eat little pellets that, in time, came out the other end looking remarkably similar to how they went in.

whenever the kranzs would go out of town, they would ask me to "look after" bunny, which consisted of putting pellets in it's bowl, and adding water to the sippy bottle hanging on it's cage. simple. once i took bunny out to play with it, but when i put it down on the yard it just sat there like a stupid lump. when i picked it up again to put it back in the cage, it nipped at me. 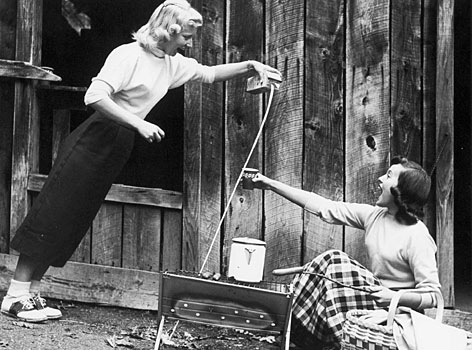 one monday afternoon, while playing kickball with the neighborhood gang, cindy kranz brazenly announced that her whole family was going up north to the wisconsin dells that coming weekend. "we're going to storybook gardens and the wonder spot," she said smugly. i loved the wonder spot, a place where water ran uphill, and where you stood on an angle, even though the floor was completely flat. i hated them for going up north while i had to stay at home and do my usual weekend chores around the house: wash the dishes after friday's family dinner, dust the living room on saturday morning, and clip the lawn on sunday afternoon.

The weekend came. the kranz's station wagon was gone from their driveway -- a cruel reminder that they were having fun while i stood at the kitchen sink scrubbing pots and pans. and there was that stupid cage with that stupid...

i squinted my eyes, shook my head and looked again.

no bunny. bunny was gone.

it was then that i noticed something that made my heart leap into my throat as i'm not sure it had ever done before, or has ever since.

there, at the end of the driveway, was our dog chase. jumping, and crouching and playing. all by himself. and in his mouth was something light brown and sort of fluffy.

it was bunny. chase held bunny tight in his mouth and whipped it back and forth. he threw it up in the air, only to watch it fall lifeless to the ground. he'd stand motionless, taught for moment, staring at the brown blob. and then he'd jump and grab it again in his teeth only to whip it around half-dozen more times.

somehow my dog had gotten into that cage and was now using bunny as a chew toy. 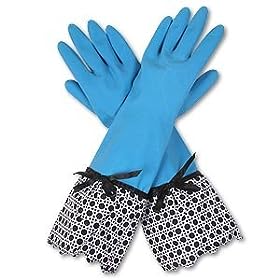 i dropped the fry pan i had been scrubbing, ripped off the rubber gloves i was wearing (my mother had warned me about dishpan hands) and went tearing out the back door. i heard a vague "where the devil are you going?" coming from the living room, but i paid no attention. my only thought was the possibility of saving that stupid rabbit before it was too late.

and that it was. too late. when i reached the dog and the rabbit, he had actually thrown it up into the air again, and it landed nearly at my feet. i grabbed it in one arm, and tried to keep chase away with the other. i went to the garage, and closed the door. safe for the time being.

bunny was as dead as a doornail, but strangely enough, not too damaged. for all the chewing and whipping around, it was in fairly good shape. muddy, dirty, sticky with dog drool, and dead. but not...mmm...damaged.
"bunny was dead as a doornail... muddy, dirty, sticky with dog drool, and dead."
i knew immediately what i should do. tell the kranzs exactly what happened? tell them that my dog killed bunny? of course not. why tell the truth, when a little maneuvering could cover up any wrongdoing on mine and chase's part?
i took bunny to the washtub in the garage, next to the washer and dryer. i laid it in the bottom, and turned on the water. my mother, for some strange reason, kept a small bottle of pert shampoo (shampoo and conditioner in one) on the counter next to the washtub, so i used it to wash bunny's hair. i was happy to see no blood running down the drain...only brown, dirty water. that rabbit had held up pretty well.

when i was done shampooing the thing, i wrapped it in a towel, and snuck back in the house and downstairs to the basement bathroom. there was an old hairdryer there, stuck in a cupboard under the sink. i pulled it out by it's curly cord, plugged it in, and blew dry bunny's hair.

when i was finished, that thing was as big and fluffy as it had ever been. i wondered if the rabbit had ever received such treatment before it had died.

i took it back outside and over to the kranz's driveway. i opened the latch on the wire cage, and placed bunny every so carefully in a corner. i even crossed it's front paws to make it look...relaxed.

The kranz family arrived home on sunday afternoon. i saw the car pull into the driveway, and watched cindy leap out of the back seat to go and hug bunny. poor bunny, who obviously had died in his sleep from natural causes. or so i was prepared to suggest.

i put my sneakers on, and walked casually out the front door. "oh look! you're home!" i said in my surprised voice. no one answered. by the time i'd arrived, the whole family had gotten out of the car, and was now standing still, silent and erect in a semi-circle around bunny's cage. the moment to test my young acting skills had arrived. i walked up to join them, and stood there, staring at the cage.

"he died?!?!" i exclaimed, in my best barbara stanwyck. i may have brought a hand up to cover my mouth, for effect.

"well, yes. in fact, he died on thursday morning, before we left for the weekend. so we had a little ceremony and buried him in a special spot out in the backyard. but now...somehow...well there he is."
"it's a miracle," mrs. kranz said.

in the kranz's minds, bunny had not only come back to life, but had dug himself out of his grave, hopped back to his cage, opened the latch, crawled back inside, and locked the latch again from the inside.
and somewhere along the way got a shampoo and a blow-dry.

EDITOR'S NOTE: the accompanying animal photos are not actual shots of bunny and chase, but of an unknown dog and rabbit having a drink at a bar, and an unrelated big fluffy rabbit (i just did a google search for "dog and rabbit" and "big fluffy rabbit"!) some of the names, events, and locations in the preceding story may have been altered slightly, changed dramatically, or completely made up to either protect the innocent or because i had nothing better to do. cindy kranz did not live right next door, as far as i know never owned a rabbit, and never said anything smugly or announced anything brazenly in her life.
posted at 1:38 PM